The six Saturday winter meetings at Ruakaka are now confirmed for race types and distances. It is expected that the prize money of the races from 1 August will be increased in the light of the improvement of NZ TAB’s wagering profit. An increase would a tremendous fillip for the local owners and trainers after losing their entire winter racing season in 2020.

The feature race of the Club’s season will be the Group 3 Cambridge Stud Northland Breeders Stakes over 1200 metres for three-year-olds at set weights to be held slightly earlier than normal on Saturday August 21. Due to Covid travel restrictions in 2020 the race had to be held at Te Rapa with the very smart Need I Say More winning.

The race has a very impressive honour roll of winners and it is exciting to see the past winners of Sacred Falls, El Roca and Vespa generating a lot of interest as sires. Perhaps we have seen the potential winner in the two-year-old colt Doubtful Sound from the Tony Pike stable when he impressively won at the May 5th Ruakaka meeting.

The Australian bred colt is part owned by a number with stud interests and they would enjoy adding Group 3 status to his pedigree as early as possible so that he could be considered as a stallion prospect.

With the August 21st date the programme has been formulated with two -year-old and then three-year-old set weight and penalty races on July 3, July 17, and August 7 to provide lead in races.

There are ample opportunities for the open winter stayers that like a good racing surface with a 2100 or 2200 metre race programmed on all but one meeting. 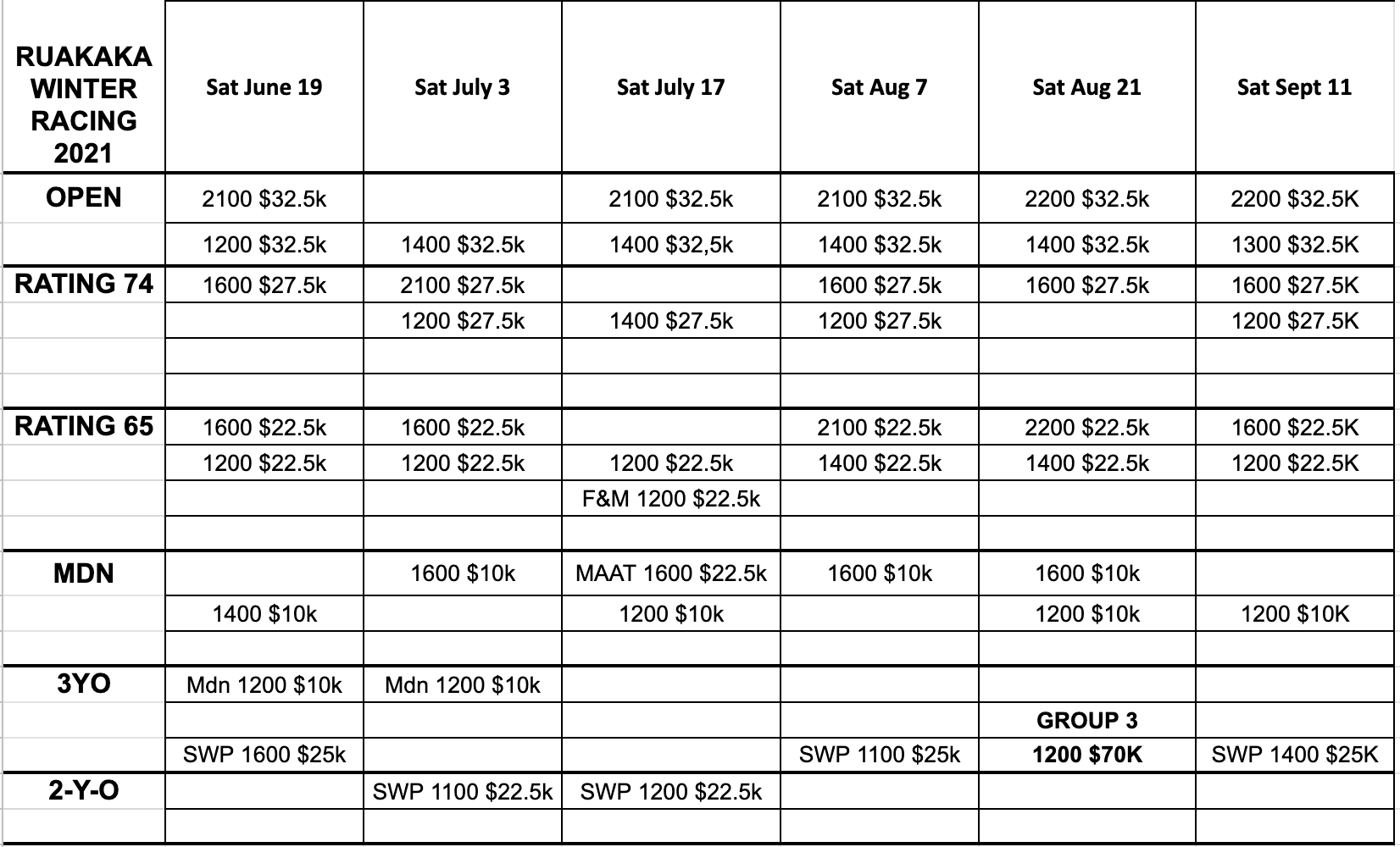 View All
Racing
DISAPPOINTMENT FOR LOCAL OWNERS AND TRAINERS
NZTR's stake money policy for the 2021/22 season establishes a two-tier system of stake money based on the time of the year when the meeting is held.
Racing
Pike ventures north in search of good ground
The Tony Pike stable has seven nominations for Ruakaka on Saturday.
Racing
Mustang Valley provides sire with first winner
Promising two-year-old Mustang Valley justified some heavy support from punters when she cruised to victory over 1200m at Te Rapa today.